The start of 2020 has brought an extraordinary amount of much-needed rainfall to Cyprus. As a result, some of the island’s many dams have overflown, their waters spilling into the surrounding areas to create an explosion of greenery, giving a boost to the local flora and fauna. Cyprus is home to more than 100 dams and reservoirs, holding a total of 330 million cubic meters of water, and many are located in breathtaking spots that are definitely worth a day trip.

We look at 5+1 of the most impressive dams in Cyprus for you to seek out on your next visit to the countryside! 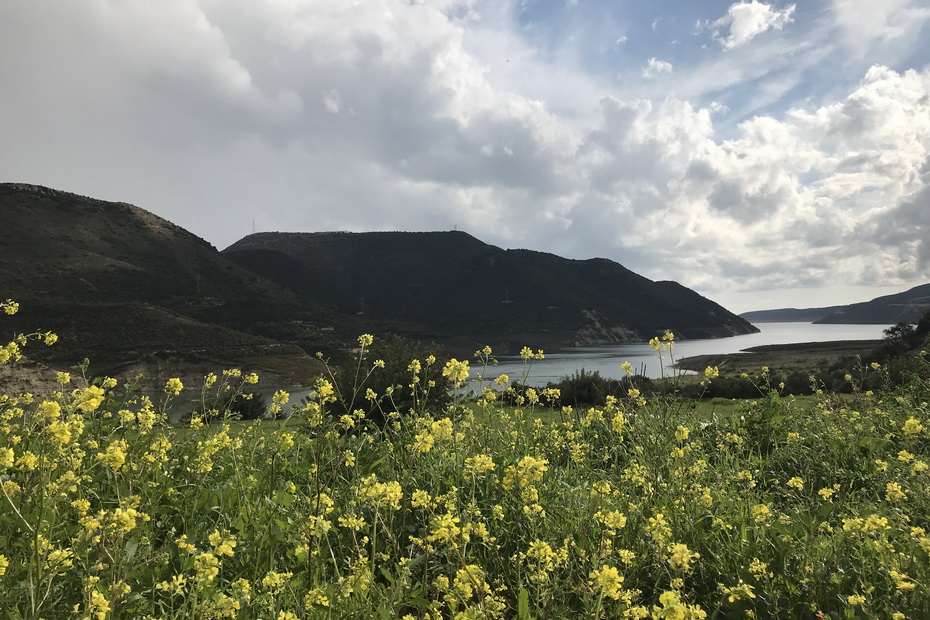 Photo courtesy of All About Limassol (Official)

Kouris Dam, located 15 kilometers from Limassol, is Cyprus’s largest man-made reservoir. It has famously overflown just three times throughout its existence: once in 2004, 2012, and again this year. With a capacity of 115 million cubic meters of water collected from the three nearby rivers of Kouris, Limnatis and Kryos, it took four years to build and necessitated the relocation of the nearby village of Alassa. The most fascinating sight of the Kouris Dam is the submerged church of Saint Nicholas, which is only visible when the reservoir’s water levels fall. During the rainiest months of the year, visitors may be able to catch a glimpse of the very tip of the steeple as it pokes through the water. 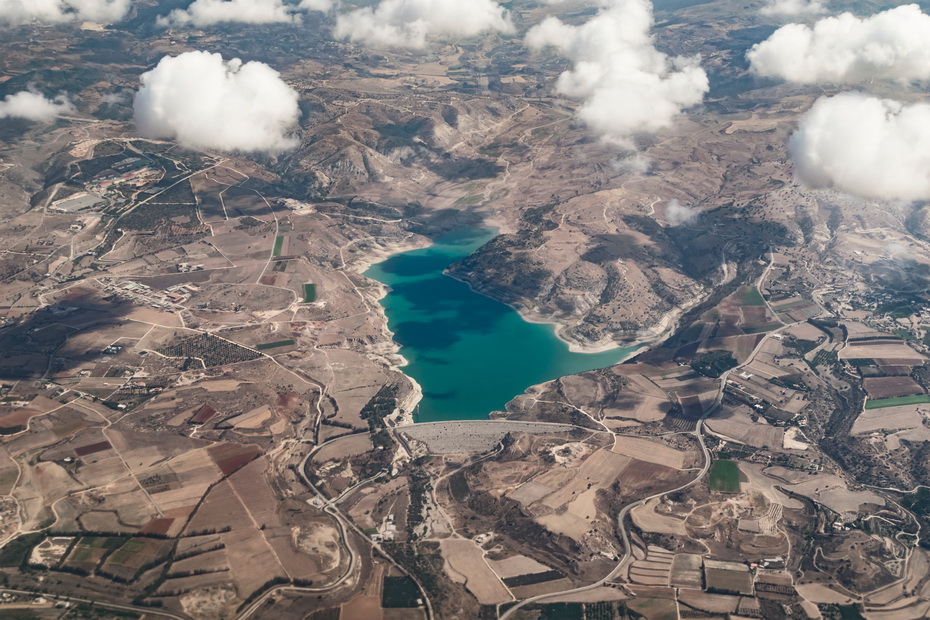 Built over the Xeros River, which flows from the Kykkos Mountains, Asprokremmos Dam is located near the historic Paphos village of Kouklia. It is the second largest dam in Cyprus, with a capacity of 52,357,000 cubic meters, and has only overflown a handful of times, including in January of this year. While the dam itself is an impressive site, as well as an important wetland for endemic and migratory birds, it is the nearby abandoned Turkish-Cypriot village of Foinikas that makes it truly worth visiting. The deserted stone buildings, some of which are immersed in the water, have earned it the name ‘sunken village,’ and its eerie atmosphere makes it an ideal spot to explore. 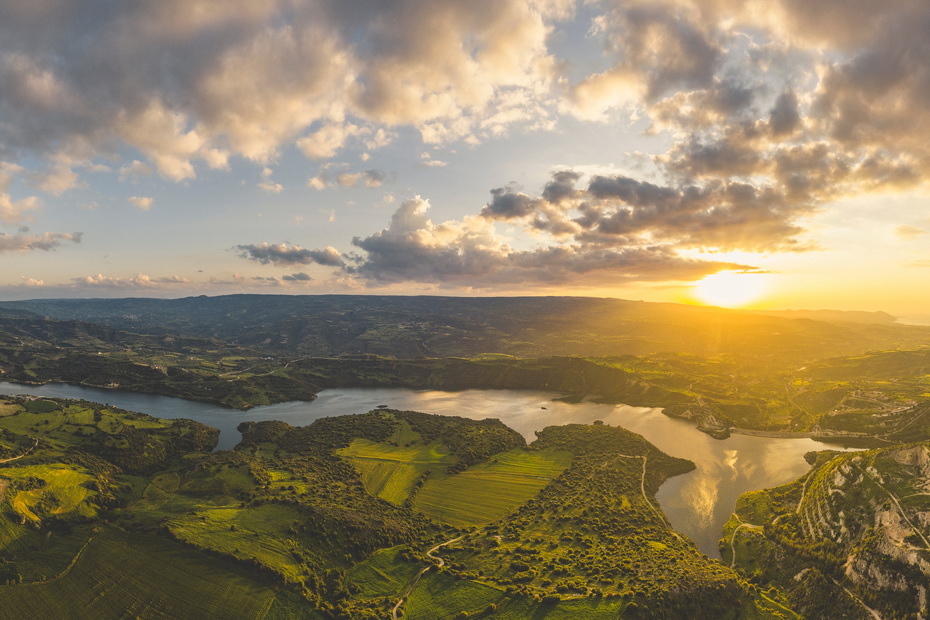 At an altitude of 200 meters, and with a capacity of 24 million cubic meters, Evretou Dam is the third largest on the island. It is located approximately 15 kilometers from Polis Chrysochous in Paphos, and it is well worth a stop to admire the idyllic scenery that surrounds it. When the dam overflows, it creates a lake of turquoise water amid lush, unkempt nature, thought to be one of the most beautiful on the island. History and architecture enthusiasts will also benefit from a visit to the area, as it is home to yet another abandoned Turkish-Cypriot settlement, the village of Evretou, as well as the small yet impressive medieval Skarfos Bridge, built by the Venetians in 1618. 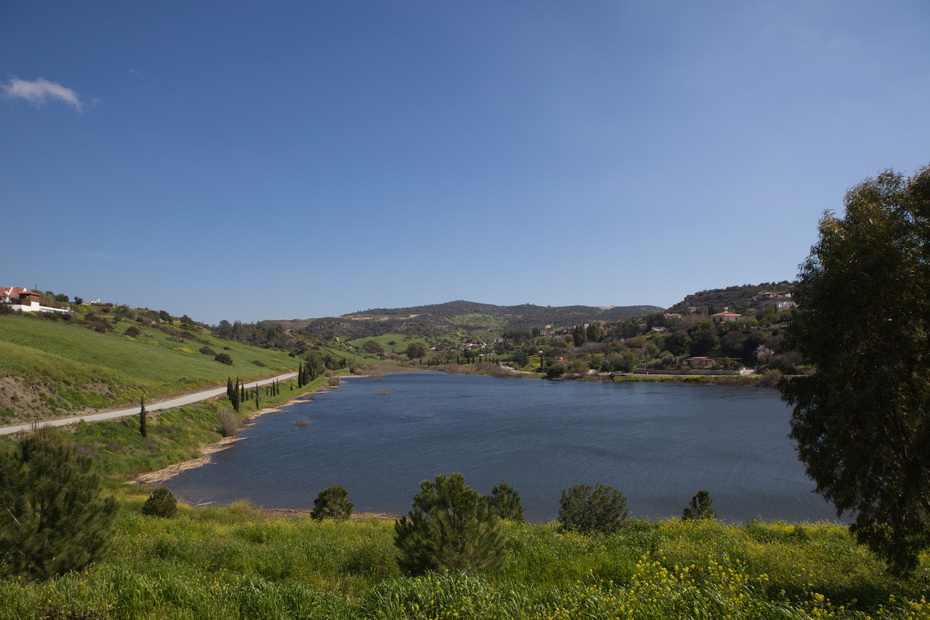 Photo courtesy of All About Limassol (Official)

The Germasogeia Dam was constructed in 1968 above the Amathos River, which, in ancient times, used to flow straight through Limassol. The reservoir’s close proximity to the center of town makes it a popular spot for a stroll or for fishing, as well as for sporting activities such as canoeing. It has a capacity of 13,500,000 cubic meters, and the perimeter of the dam is a rich biotope that welcomes a number of migratory birds throughout the year. During the wet winter months, the dam often overflows, spilling into the nearby Germasogeia parking lot, thus recreating the flow of the ancient Amathos River through the city, which makes for a surreal view among the urban landscape. 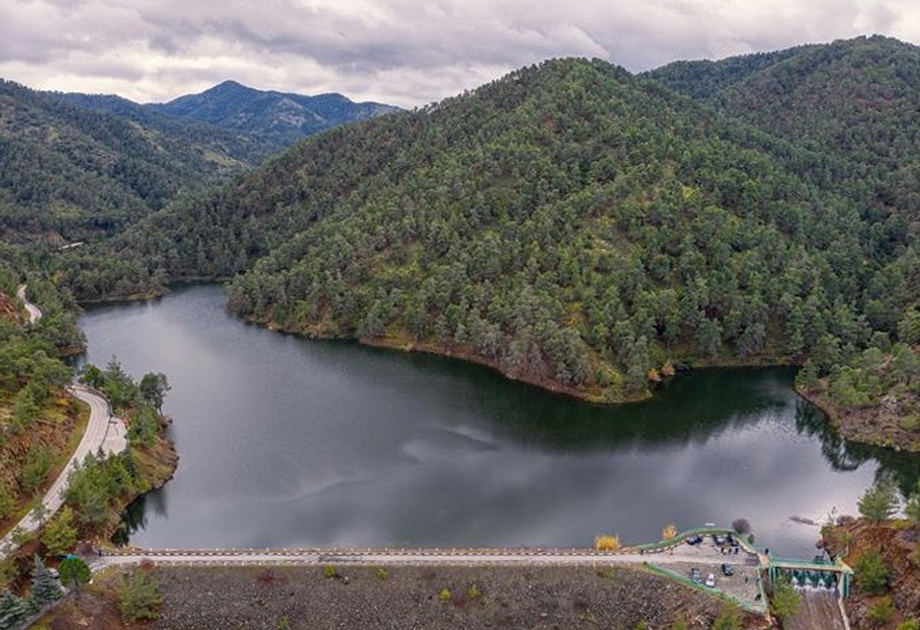 Photo courtesy of Dannys Eye In The Sky Productions

Nestled between the Nicosia villages of Xyliatos and Lagoudera, this dam was built in the early 1980s and holds 1,430,000 cubic meters of water. During the rainier months, water spills over into the surrounding areas, and the thick pine forest which surrounds it makes for a dreamy picture. The area is a well-preserved biotope, home to the endangered Cyprus grass snake, a harmless breed which lives on the banks of the reservoir. Visitors can take advantage of the circular nature trail located in the vicinity, which offers majestic views of the area. A nearby picnic site makes it perfect for a family outing. 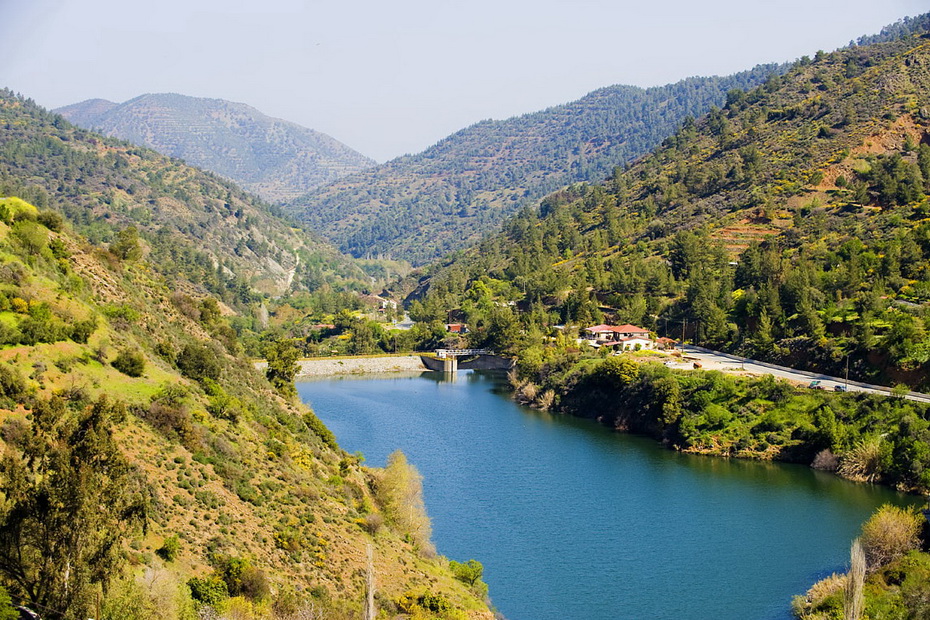 Photo courtesy of Choose Your Cyprus

The village of Kalopanayiotis is a popular destination for a slice of rural life. What many don’t know, however, is that the area also hosts its own small yet impressive reservoir. Built in 1966 with a capacity of 363,000 cubic meters, the dam forms a glistening stretch of vivid blue amid the lush greenery of the Kalopanayiotis hills. Next to it is the Kalopanayiotis Fish Farm, which is used for the breeding of trout, a type of fish that only survives in the deep waters of mountainous areas. The dam features a path over its impressive spillway, from where visitors can admire the breathtaking views of the lake and the hills that surround it.

These are just some of the many dams and reservoirs Cyprus has to offer, and as the rainy season carries on, we can certainly expect to see even more of our local countryside sprout and bloom in a myriad of colors. So grab a map and some rain boots and get exploring!