The History of the Limassol Carnival

Named ‘one of the most notable carnivals outside of Rio’ by none other than the CNN, the Limassol Carnival is certainly a sight to behold. It begins 10 days before Lent, and features musicians and dancers reveling in the streets and dress-up parties hosted across town practically every night. The 11-day celebration culminates in the Sunday Parade, a day before the start of Lent. We take a look at the unique history behind this colorful, typically Limassolian festival.

Where it all began 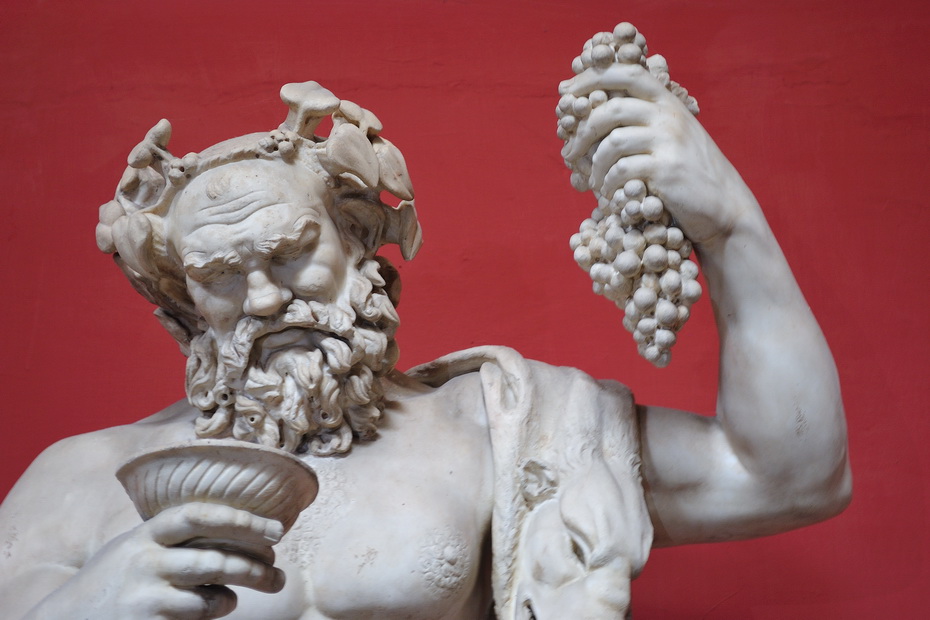 The roots of the Limassol Carnival can be traced back to Ancient Greece and the festivals held in honor of Dionysus, the god of wine and merriment. These were called the Dionysian festivals, and involved dramatic performances during which actors would dress up in masks and perform tragedies and comedies by playwrights of the time. In its present form, the Limassol Carnival also borrows from its counterpart in Venice, putting a Cypriot spin on the legacy of the Venetians, who ruled the island in the 15th and 16th centuries. The very first mention of Carnival festivities taking place in Cyprus comes from the writings of a local monk during 12th Century, who condemned his fellow Cypriots for their idolatrous, alien customs and criticized them for participating in such foreign practices. Nevertheless, the Limassol Carnival is still very much a part of Christian tradition, wherein people enjoy one final blast of self-indulgence before the strict fasting season of Lent begins. 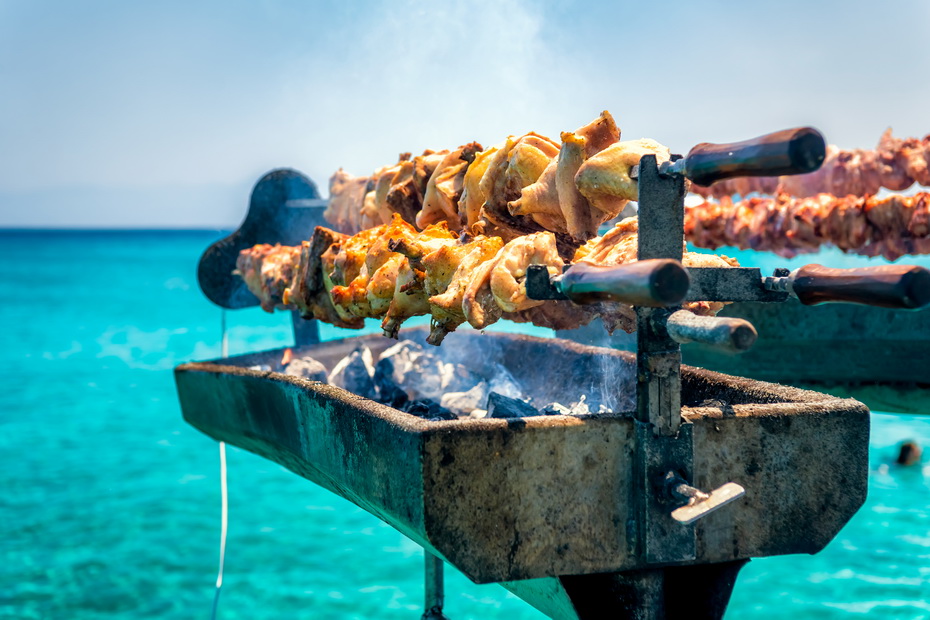 The start of Carnival week begins with the mouthwatering scent of barbecued meat. This is ‘Tsiknopempti,’ or ‘Stinky Thursday,’ which marks the last day for devout Greek Orthodox Cypriots to have their fill of meat before beginning their fast. All through this day, smoke clouds rise through the neighborhoods of Limassol, filling the air with the delicious aroma of grilled or spit-roasted barbecued lamb and pork. 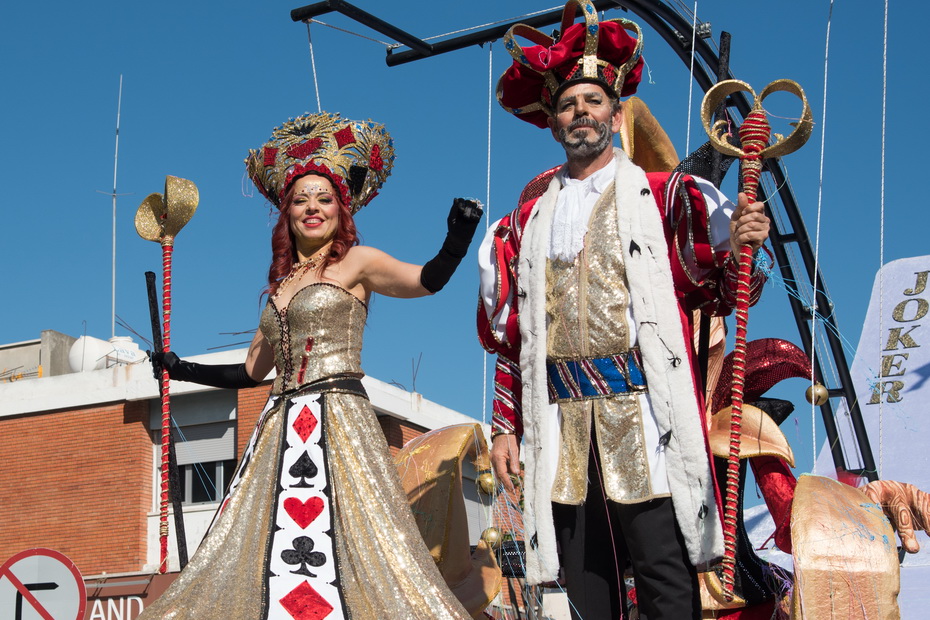 People spill out into the streets to enjoy barbecued delights and welcome the King and Queen of Carnival, who enter the city accompanied by their entourage – the Limassol Majorettes and the famous guitar and mandolin-toting ‘Kantadoroi’ or serenaders, singing traditional Carnival tunes. 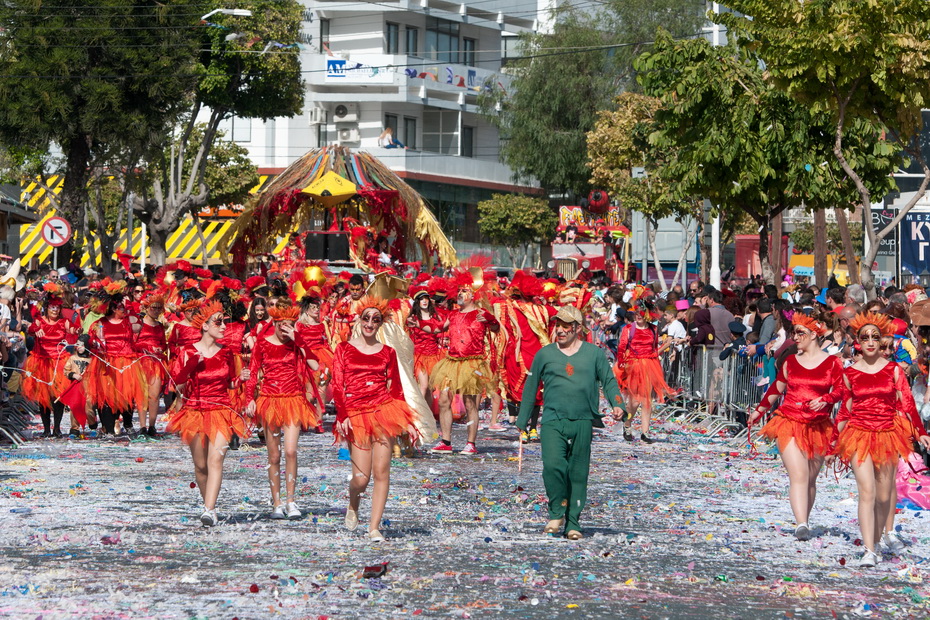 The Grand Carnival Parade takes place on the last Sunday before the start of Lent, on Limassol’s Makarios Avenue. If you want to catch sight of this multi-colored festival, you’d best get there early as the barricaded street fills up fast, with friends and families gathering to watch floats make their way down the main street in a cloud of confetti and cheer. 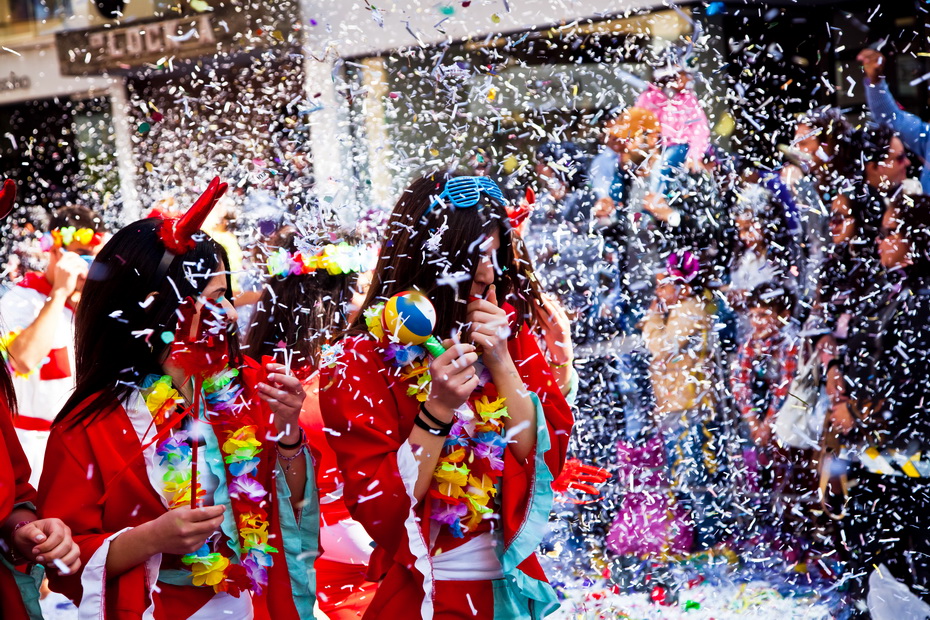 The big Carnival parade is a relatively recent event, dating back to the early 20th century. Prior to this, Carnival events were for an elite few, restricted to wealthy residences and palaces. In 1928, however, a local asbestos mine offered to lend 25 vehicles to the Carnival festival that was to take place in the coastal city of Limassol. And so, the Carnival Parade was born, with young and old, rich and poor gathering together to celebrate in the streets. 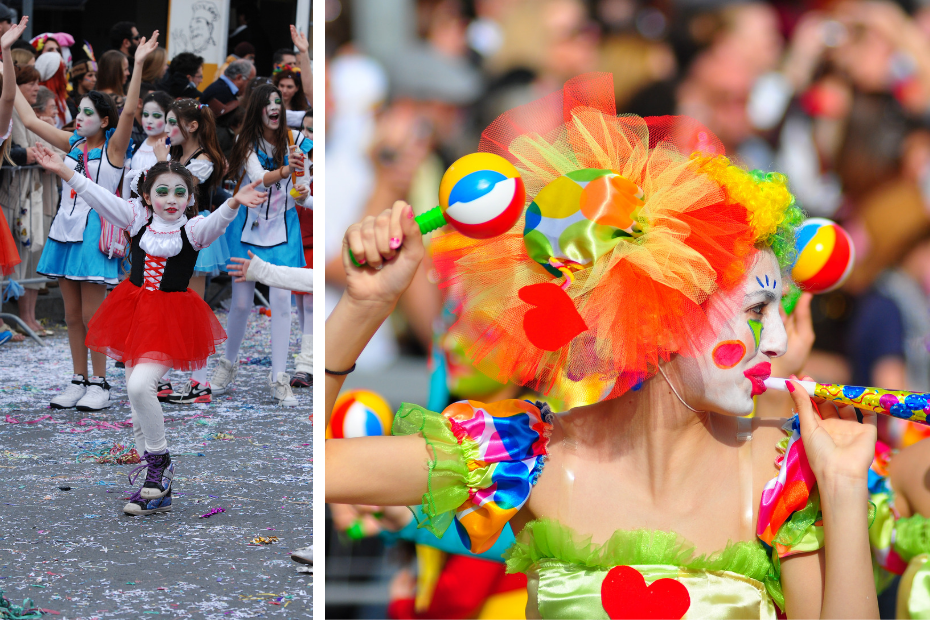 Traditionally, the Carnival parade features an element of satire, with floats and costumed marchers making a colorful commentary on current affairs. Today, the parade has turned into a free-for-all where imaginations run wild, as floats portraying clever political commentary march alongside others featuring groups of dancers dressed up as anything from Lady Gaga to Peppa the Pig. Of course, costumes are not just for those participating in the parade. You will see crazily-dressed individuals wandering the streets all week, and on Carnival Sunday, don’t be surprised to see clowns, cowboys, and pirates rubbing shoulders with ancient Greeks, princesses, and medieval knights as they all jostle together to watch the parade. 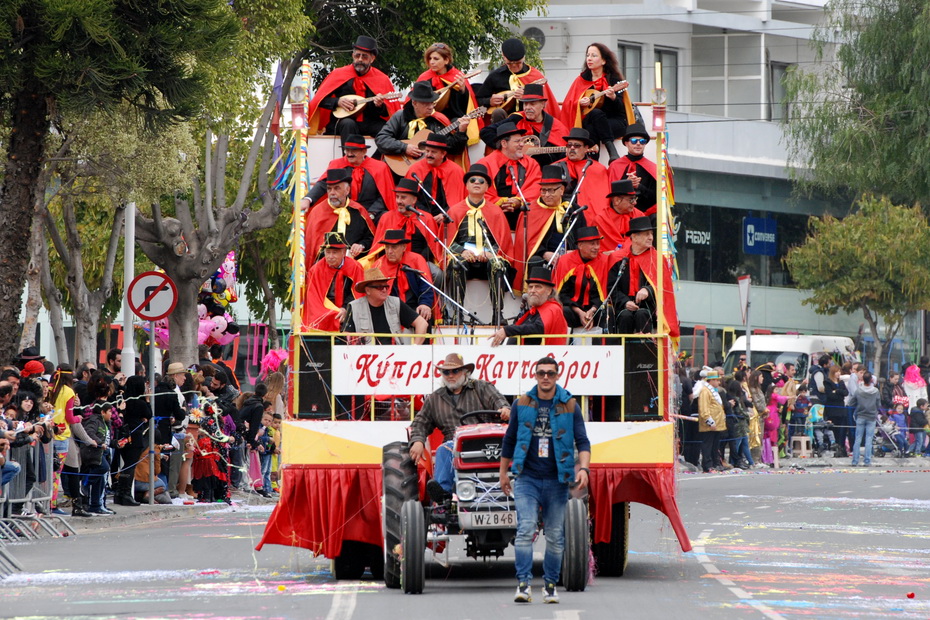 Aside from the partying and the costumes, there is a very distinct element of the Limassol Carnival that is steeped in tradition, and brings a cultural flavor to the festivities. The ‘Kantadoroi’ or Limassol Serenaders as they are called, are the first to open the parade with their traditional carnival songs. These all-male choirs, accompanied by mandolins and guitars, play what can only be described as the musical essence of the Limassol carnival. That is, songs that have been passed down from generation to generation, and which represent the common roots and cultural identity of the people of Limassol that are marked by a sense of joy and merriment. Throughout the Carnival period, groups of serenaders can be found participating in various events held around the city each evening, urging the crowds to join them in song and dance.

The Limassol Carnival is certainly not one to be missed and, if you are in Limassol, it would be pretty hard to escape it! So grab a mask and a handful of confetti, and join the fun!