On Monday the 3rd of April 2017, the ‘Infopoint’ digital information system for the Sculpture Park in the Limassol city promenade was officially handed over to the public in a ceremony held within the grounds of the park.

Following the public’s consistent demand to be given additional information about the sculptures, the city Municipality is installing the ‘Infopoint’ digital information system in the Sculpture Park, in cooperation with the Cypriot company Blupath Ltd. 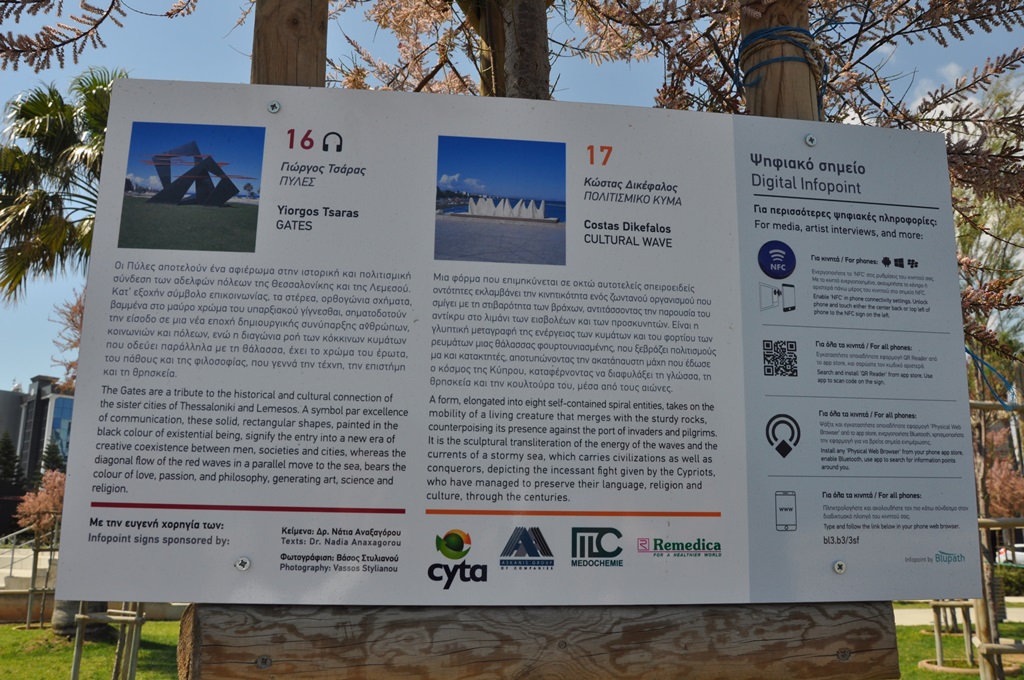 The system consists of 10 signs, placed along the length of the park, which contain texts outlining the vision behind each sculpture written in the Greek and English languages by Dr. Nadia Anaxagorou, head of the city cultural services, and responsible for the organisation of the 3 Sculptural Symposia in which the park was formed. The texts are accompanied by photographs by the well-known photographer Vassos Stylianou.

The Mayor thanked the company, Blupath Ltd, for designing, fulfilling, and deploying the Infopoint system as an offering to the city. He also thanked the project’s sponsors, which included CYTA as the main technology sponsor, and the companies Askanis Group of Companies, Medochemie, and Remedica, for the support they have given to complete the project. 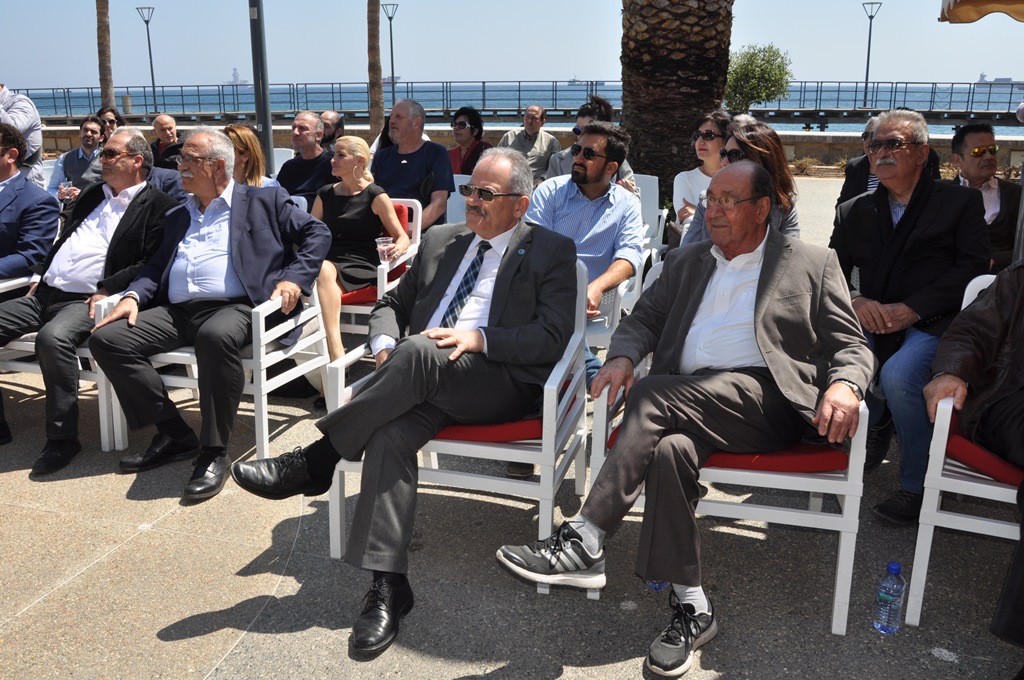 Following the mayor, Mr. Christos Symeou, on behalf of Blupath Ltd, showcased the information system, explaining how each of the 10 signs included an embedded Infopoint digital information access point, accessible via the mobile phones of visitors, and through which any individual has the ability to receive direct additional information about each sculpture.

Each sign is divided into two sections, with the left hand section containing a photograph and the explanatory text of the closest sculpture, and the right hand side containing the digital Infopoint, together with access instructions. This interactive system, prominent within the park, but protective of its aesthetic look, aims to provide previously unavailable information, without affecting the public’s viewing of each sculpture. The digital information access points contain a series of embedded connectivity technologies (RFID, QR Codes, Dynamic URLs, and Bluetooth Eddystone beacons), that allow the transmission of information directly onto the mobile phone of each visitor. 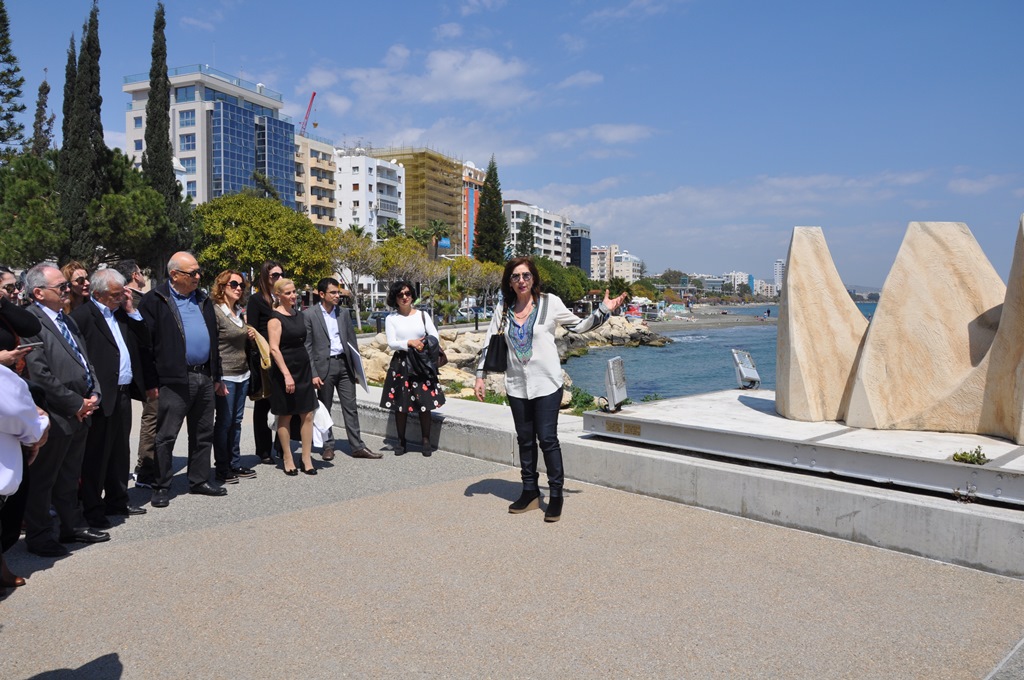 At the end of the ceremony, the Head of the Cultural Services of the Limassol Municipality guided the attendees through a tour of the seventeen sculptures along the promenade, which have already merged with the dynamic of the Limassol coastline, the minds of its people, and the cultural landscape of the city, and of Cyprus as a whole. She stressed how the Sculptural Park is undoubtedly  one of the most important cultural heritage works in the city, that has literally brought the arts into one of its most central and popular locations. The Sculpture park came about through three consecutive Sculptural Symposia organised by the Limassol Municipality in the summers of 1999, 2000, and 2001, which hosted artists working directly within the park from the international art scene, Greece, and Cyprus, leaving behind works made of local stone, metal, stainless steel, reinforced concrete, neon-light, and marble, giving the promenade a special aesthetic standing, and turning public artwork into an element both familiar, and recognizable.