9+1 Modern Architectural Wonders Around the World

Humanity has gifted us with a great many architectural wonders over the years. Think of the splendour of the Taj Mahal, the awe-inspiring grandeur of the Pyramids of Giza, and the imposing magnificence of the Colosseum of Rome. But while these ancient structures represent some of history’s greatest architectural feats, that’s not to say that man’s creative genius has diminished in any way over the years. Here are 9+1 modern architectural wonders around the world that demonstrate the true marvel that is modern architecture. 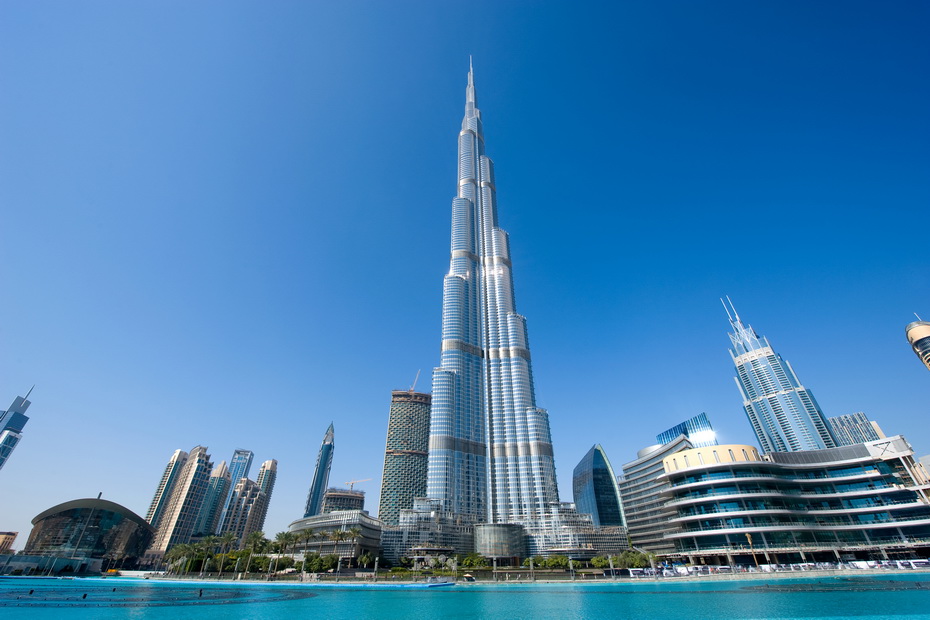 At a breath-taking height of 830 meters, the Burj Khalifa practically pierces the sky with its needlepoint tip. Quite fittingly, it is Dubai’s most recognizable structure, and the world’s tallest building. It has been called a living wonder, a stunning work of art, and an incomparable feat of engineering. Construction of the tower began in 2004, and took five years to complete. It opened its doors in 2010 as part of a new development called Downtown Dubai, a 500-acre development featuring commercial, residential, hotel, shopping and leisure facilities set in open green spaces. 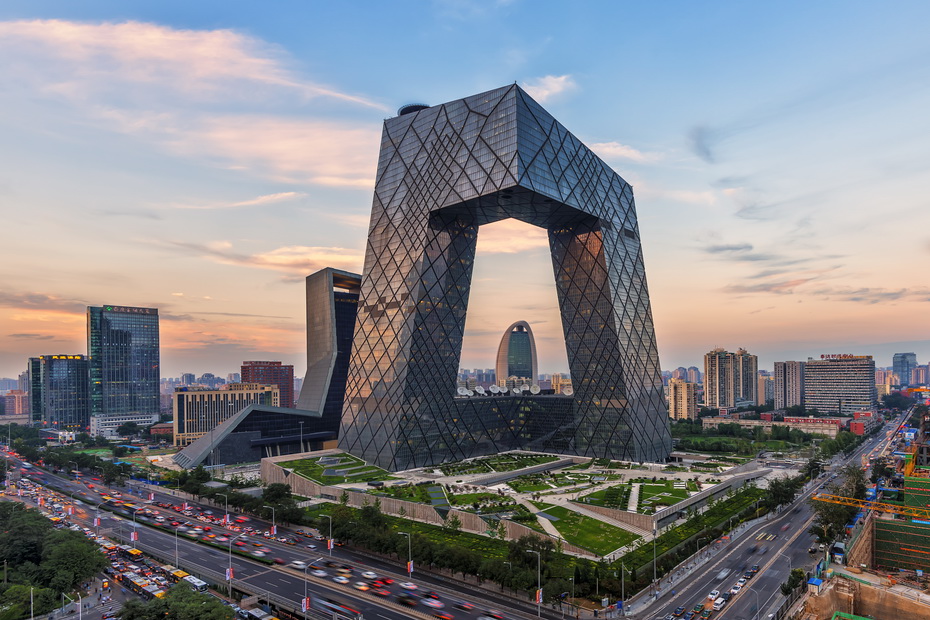 The headquarters of China Central Television (CCTV) stands out for its very unusual shape, often described as a ‘three-dimensional cranked loop.’ Architectural design firm OMA set out to reinvent the concept of a skyscraper, creating two leaning towers bent at 90 degrees at the top and bottom to form a continuous tube. This braced tube structure also gives the building the necessary strength to withstand the area’s frequent seismic activity. Today, the building stands at a height of 234 meters, and accommodates China’s TV studios, offices, broadcasting and production facilities. 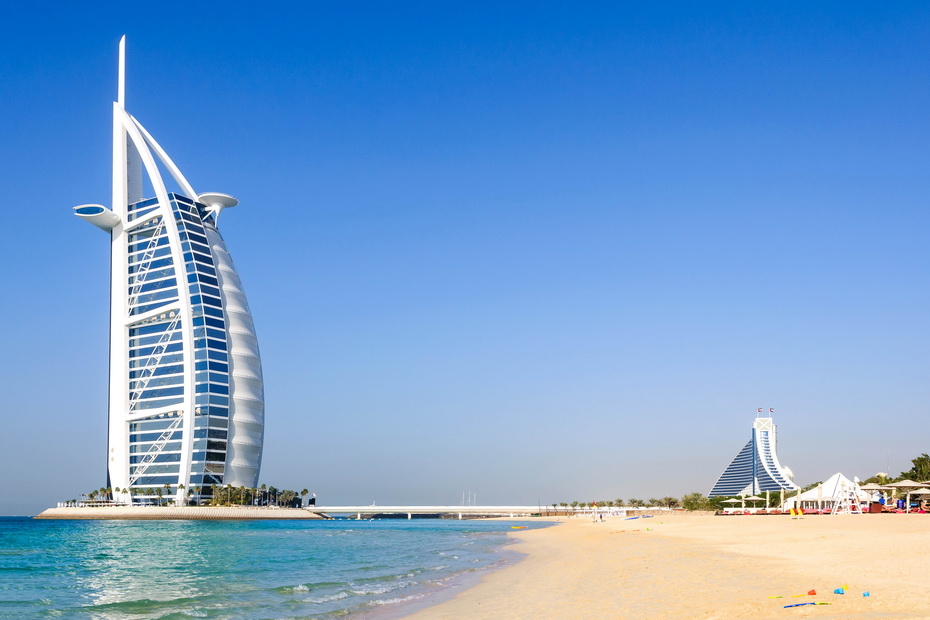 The iconic, sail-shaped silhouette of the Burj Al Arab is regarded as one of the first key landmarks of modern Dubai, and was designed by architect Tom Wright of WKK, who is also the creative mind behind Askanis Group’s The Gallery in Limassol. As the first such tower of its kind, the Burj Al Arab’s name fittingly means ‘Tower of the Arabs,’ signifying the start of what was set to become one of the world’s most impressive skylines. It is constructed on an artificial island just off Jumeirah Beach, with a private curving bridge connecting it to the mainland. Upon its completion in 1999, it was advertised as the first and only 7 star hotel, and has since repeatedly been voted the world’s most luxurious hotel. 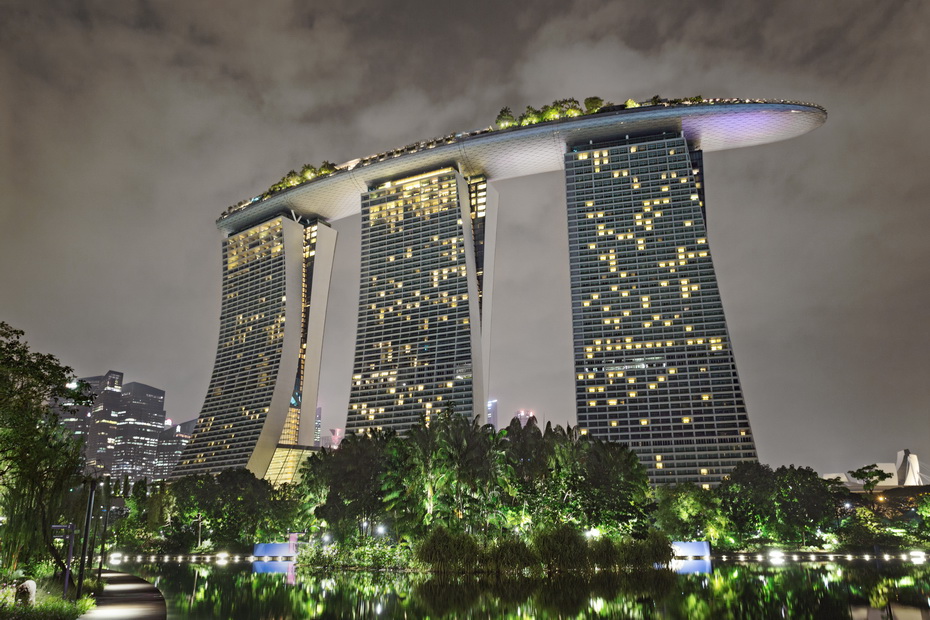 The Marina Bay Sands in Singapore cannot be described as a simple building. Rather, these three towers, interconnected by a large, cantilevered sky garden, were designed as an urban microcosm of a city, reflecting Singapore’s culture, climate and contemporary life. The iconic structure brings together a 2,560-room hotel, a convention center, shopping and dining, theaters, a museum, and casino. Its most innovative aspect is the one hectare SkyPark, flanked by the world’s largest rooftop infinity pool that offers breath-taking views of the glittering expanse of the city below. 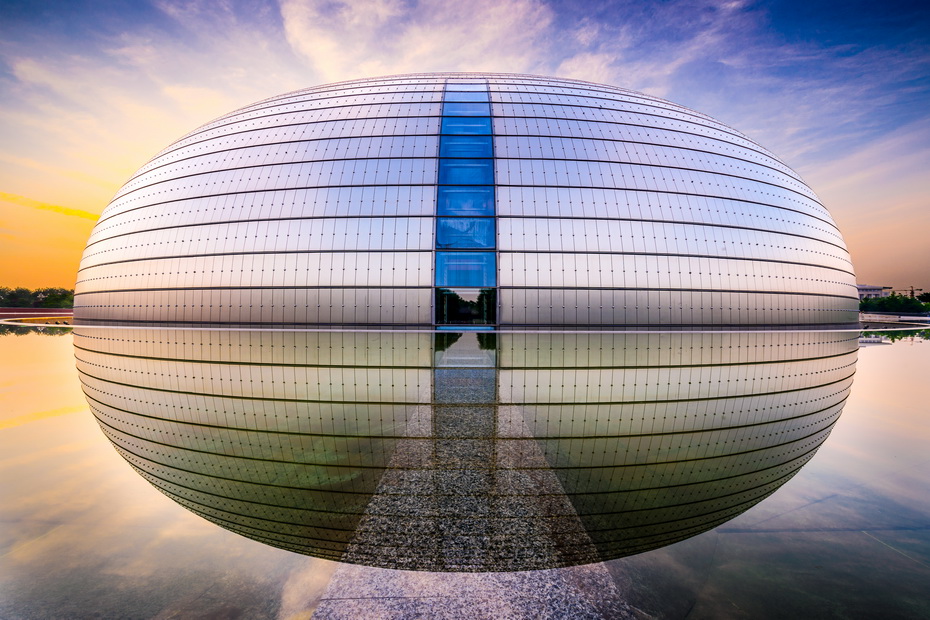 Often likened to a bead of liquid or a giant, metallic egg, the National Centre for the Performing Arts in Beijing is a sight to behold. The futuristic design was the brainchild of French architect Paul Andreu, who created a 12,000 square metre ellipsoid dome of titanium and glass, surrounded by an artificial lake. Today, the National Grand Theatre, as it is also known, hosts three separate performance halls, each designed with the specific requirements of different genres of performing arts in mind, and seats 5,452 people, making it a surreal yet spectacular location to catch a show. 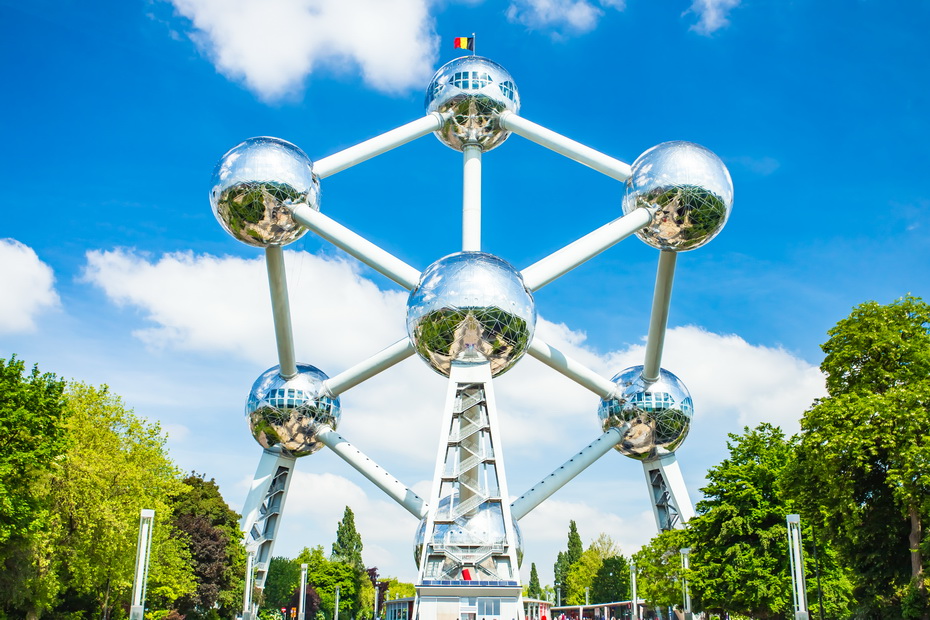 This futuristic building, with its imposing metal spheres, is one of Brussels’ most emblematic monuments. Created on the occasion of the World Fair of Brussels in 1958, the structure symbolizes an iron crystal magnified 165 billion times, capturing the zeitgeist of scientific discovery and technological progress that characterized that time period. Three-meter tubes connect each of the metal spheres along the 12 edges of the cube. These tubes enclose stairs, escalators and an elevator that allow access to each of the spheres, which house exhibit halls and other public spaces.

Set on the banks of the Nervión River in Bilbao, Spain, the Guggenheim Museum represents a magnificent example of the most ground-breaking 20th-century architecture. Designed by the renowned American architect Frank Gehry as a sculpture-like structure, the complex, swirling forms of the building’s curves were intended to appear random, designed in such a way as to capture the light. The museum stands at 24,000 square metres, of which 11,000 are dedicated to exhibition spaces, and provides a truly captivating backdrop for the art exhibited within. 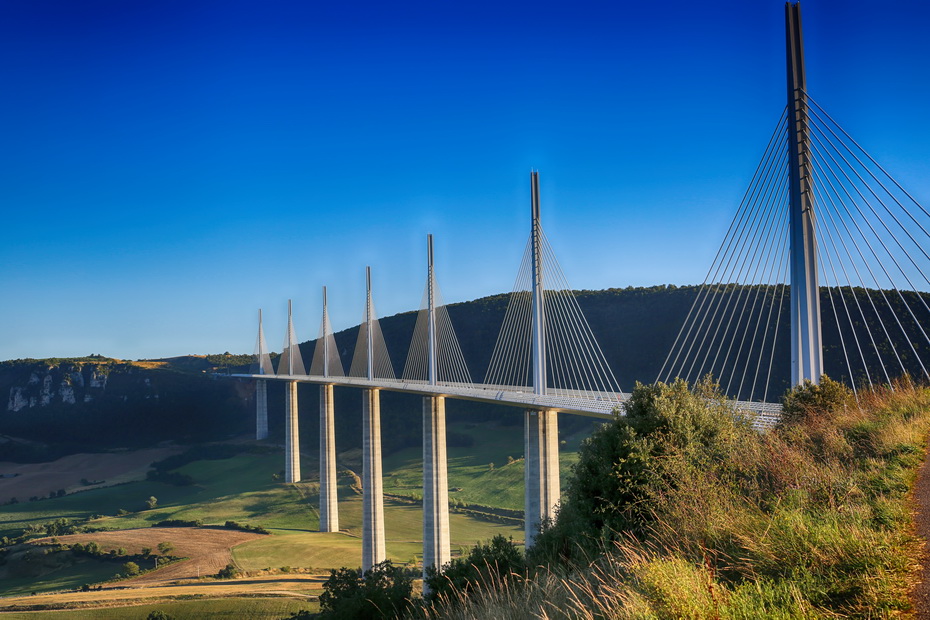 The Millau Viaduct, a cable-stayed bridge that spans the Tarn valley near Millau in Southern France, holds the world record for the tallest bridge at 343 metres, placing it even higher than the Eiffel Tower. Conceived by French engineer Michel Virlogeux, and designed by English architect Lord Norman Foster, the bridge spans a length of 2460 metres, and touches the bottom of the Tarn valley in only 9 places. A feat of engineering in itself, the bridge is also an architectural marvel, with its thin, slightly curved steel roadway supported by stays giving it the appearance of a huge yacht. 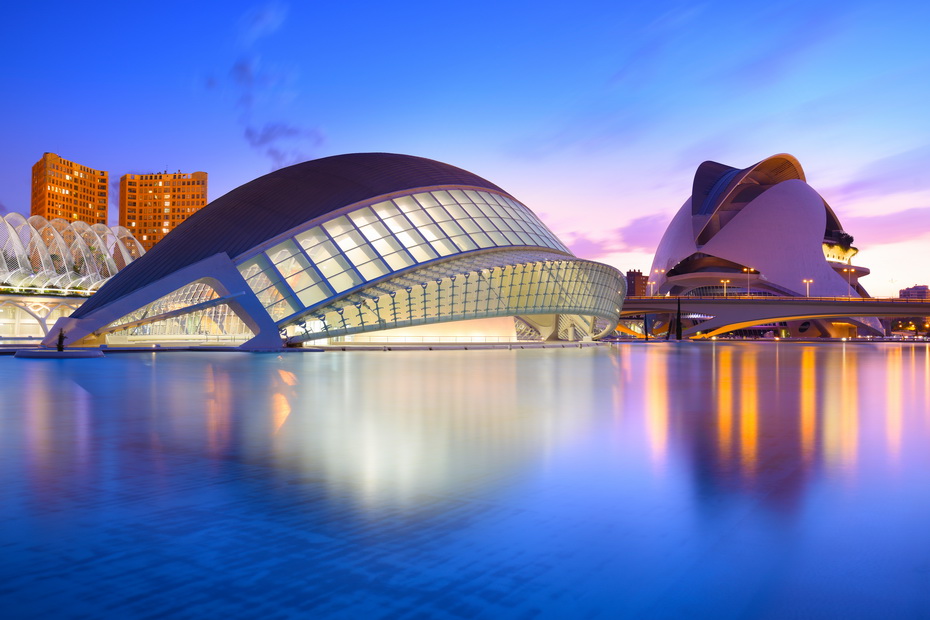 The City of Arts and Sciences is Valencia’s top landmark, and one of the finest examples of modern architecture in Europe. Designed by Spanish architect Santiago Calatrava, the futuristic complex is considered to be one of the 12 Treasures of Spain, and comprises five elements. The Palau de les Arts Reina Sofia is an opera house and performing arts centre. The L’Oceanografic is an open-air oceanographic park, the largest in Europe, and is built in the shape of a water lily. The L’Hemisferic, the first building to be inaugurated in 1998, hosts an IMAX theatre and planetarium, and is meant to resemble a giant eye. The El Museu de Ciences Principe Felipe is an interactive museum of science that resembles the skeleton of a whale, while the L’Umbracle is an open structure offering a landscaped walk displaying an array of plant species indigenous to Valencia. 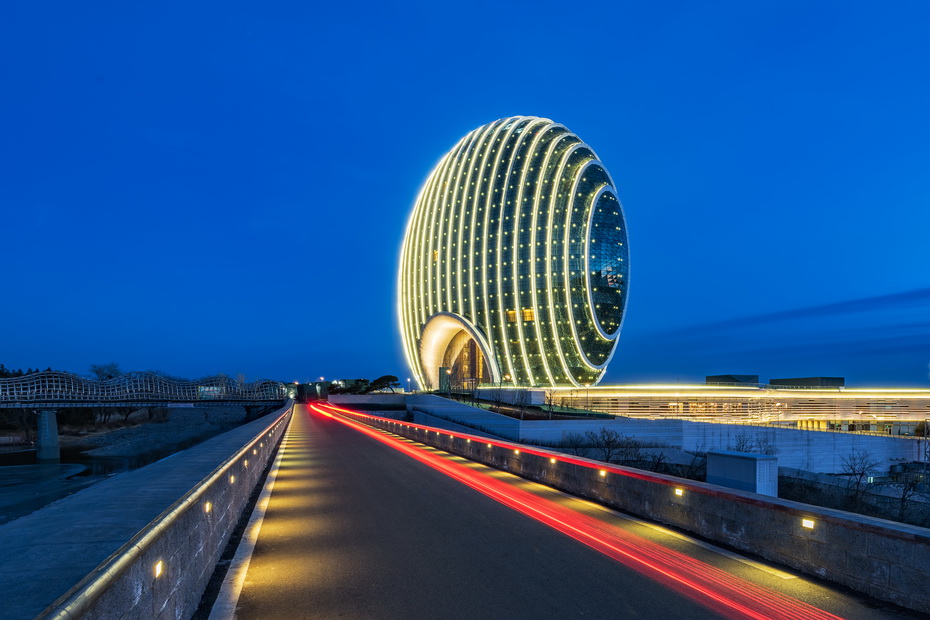 The orb-like structure of the Kempinski Hotel in China’s Beijing was designed to look like a rising sun, a symbol of China’s fast-growing economy. However, there is more to this unique structure than meets the eye, as it encompasses a number of classic Chinese elements. For instance, its entrance is shaped like the mouth of a fish, symbolizing prosperity, while the side angle brings to mind a scallop, which in Chinese culture represents fortune. The 21-storey building spans an area of 18,075 square meters, with an exterior glass surface covered by more than 10,000 glass panels. The hotel itself comprises 306 guestrooms and suites.

Each of these distinctive buildings are a testament to limitless creativity and the marvels of modern architecture and engineering. There is no doubt that each new decade will continue to fascinate us with its architectural feats, bringing with it even more gravity-defying, sky-scraping constructions that are sure to take our breath away.