7+1 Peculiar Easter Traditions around the World

The Easter holidays are almost upon us, and for many, this traditionally religious holiday means time spent with loved ones, an abundance of chocolate Easter eggs, and, if you’re in Cyprus, a slice of delicious, cheesy ‘flaouna.’ Easter is also a time to celebrate the start of spring and the idea of rebirth, ideals that have been around since the beginning of time. It’s therefore not surprising that a lot of Easter traditions actually stem from ancient pagan festivals. Read on to discover some of the more unusual traditions celebrated around the world!

1. Whip cracking in the Czech Republic 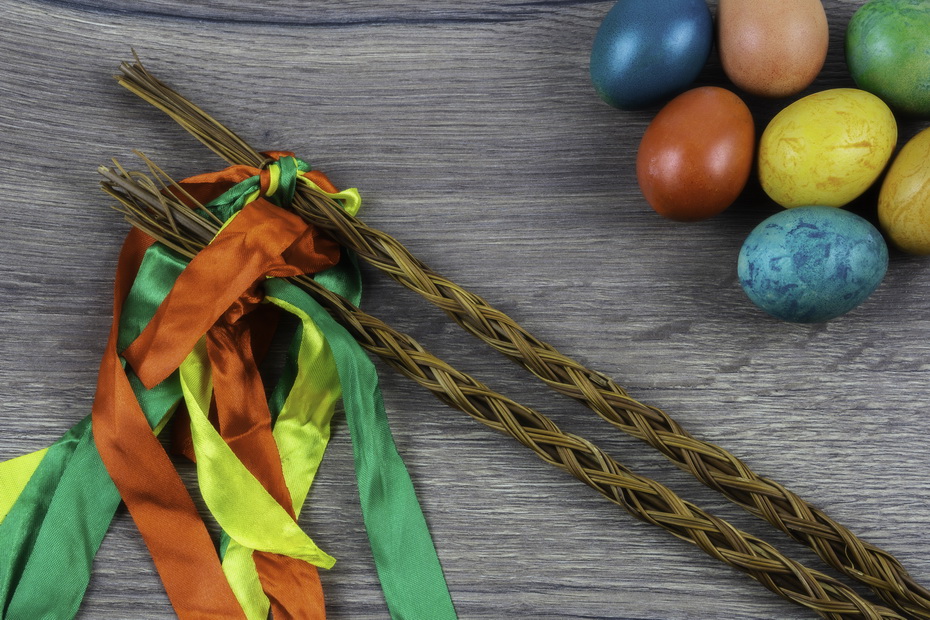 If you’re a girl in the Czech Republic, you’d best beware on Easter Monday! Traditionally, this is the day when boys make a pomlázka, a braided whip made from willow twigs and adorned with ribbons. The boys will then go around town, lightly whipping the legs of as many girls as they can find. According to local folklore, the willow tree, which is the first tree to bloom in the spring, transfers its vitality and fertility to the women through its branches. In return for the whipping, women then bestow the men with gifts of painted eggs, chocolates, and a ribbon to add to their whip.

2. Find the Easter Basket in Germany 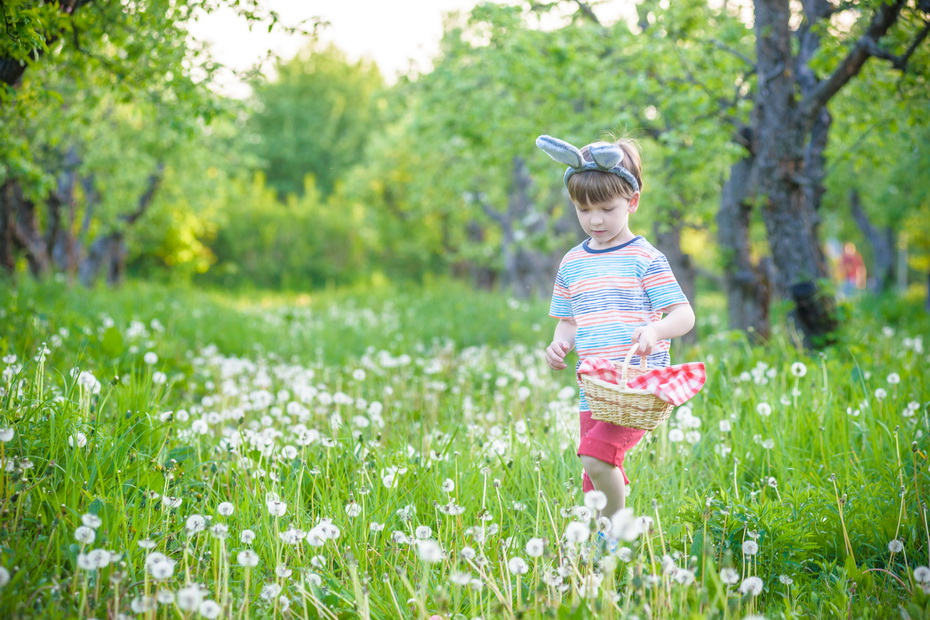 Easter is a real treat for little girls and boys in Germany, as the holiday is a big gift-giving occasion that rivals Christmas. Only this time, instead of presents under the tree, they are hidden in the garden for the kids to find. Traditionally, each child receives an Easter basket prepared by their parents, which includes eggs and chocolate, as well as toys and other gifts. These are then hidden in the garden for a big game of Easter Basket Hunt after church on Easter Sunday.

3. The Battle of the Eggs in Cyprus 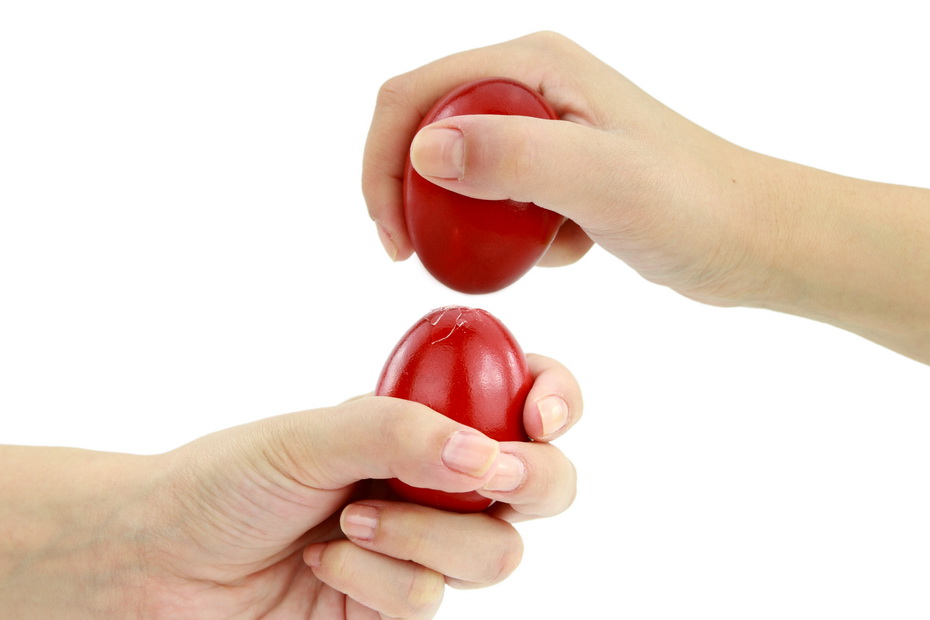 By far the most entertaining Easter tradition is one that is shared by a number of other countries outside of Cyprus, and that is the traditional Easter egg battle. This age-old tradition involves friends and family members tapping their two dyed Easter eggs together in an effort to crack the other. The first egg to crack loses, while the last egg to remain intact is declared the winner of the championship.

4. Witches come out to play in Sweden 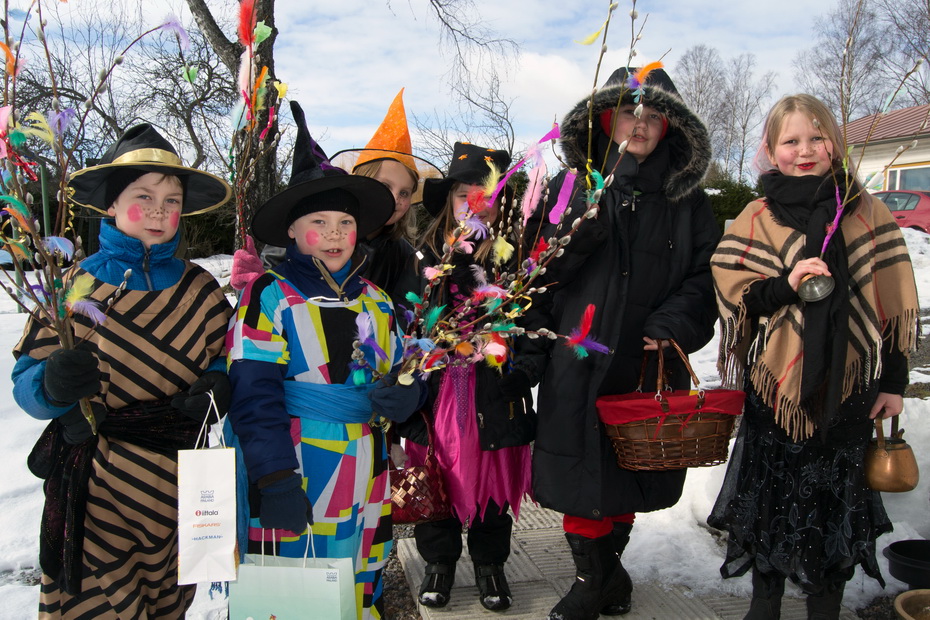 The sight of little children dressed up as witches and going from door to door for treats may sound like a decidedly Halloween tradition, but not so in Sweden. An homage to the pagan roots of Swedish Påsk (Easter), when witches were said to fly off their broomsticks to dance with the devil, this tradition entails young children dressing up as påskkärringar (Easter hags) on Maundy Thursday. With their painted faces and broomsticks, they knock on their neighbors’ doors for treats.

5. Set off fireworks in Florence 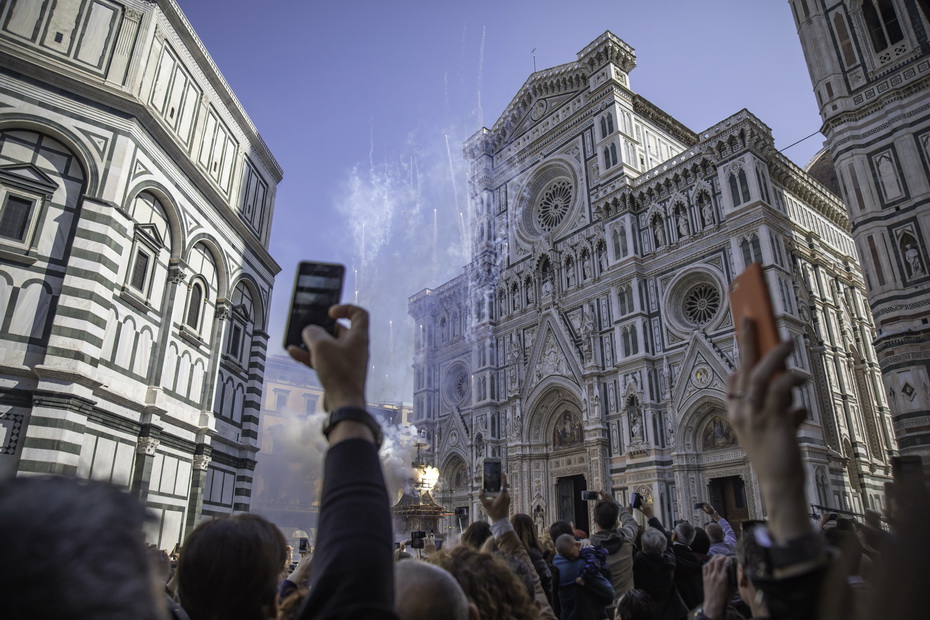 If you’re celebrating Easter – or ‘Pasqua’ – in Florence, don’t be alarmed if you suddenly see a bunch of pyrotechnics go off! This is part of a 350-year-old tradition called ‘scoppio del carro,’ or ‘explosion of the cart.’ It takes place each year in the town of Panicale, just south of Florence, on the day after Easter, when a centuries-old cart is loaded with fireworks that are then set off before large groups of spectators, signifying peace and a good year ahead.

6. Roll the egg in Russia 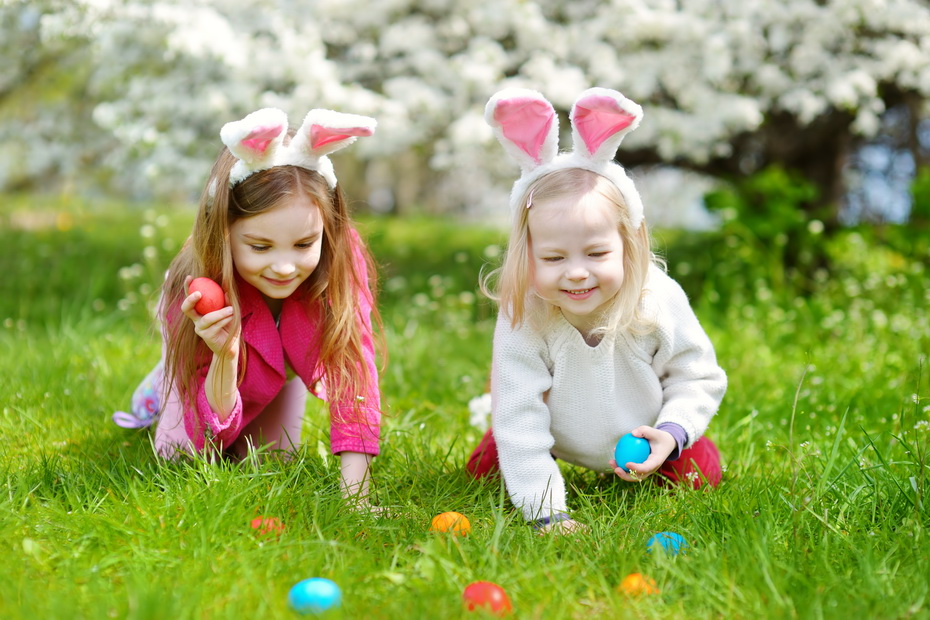 Like in many other places, eggs are front and center for Easter or ‘Paskha’ in Russia. Though instead of egg-smashing contests, Russians take the competition a little bit further! During the traditional Easter games which take place on Easter Monday, young and old will gather for a game very similar to marbles, except it’s played using eggs! Each person has their own brightly colored eggs which they roll down a grassy hill, and the last egg to crack is a winner.

7. Watch out for falling pottery in Corfu 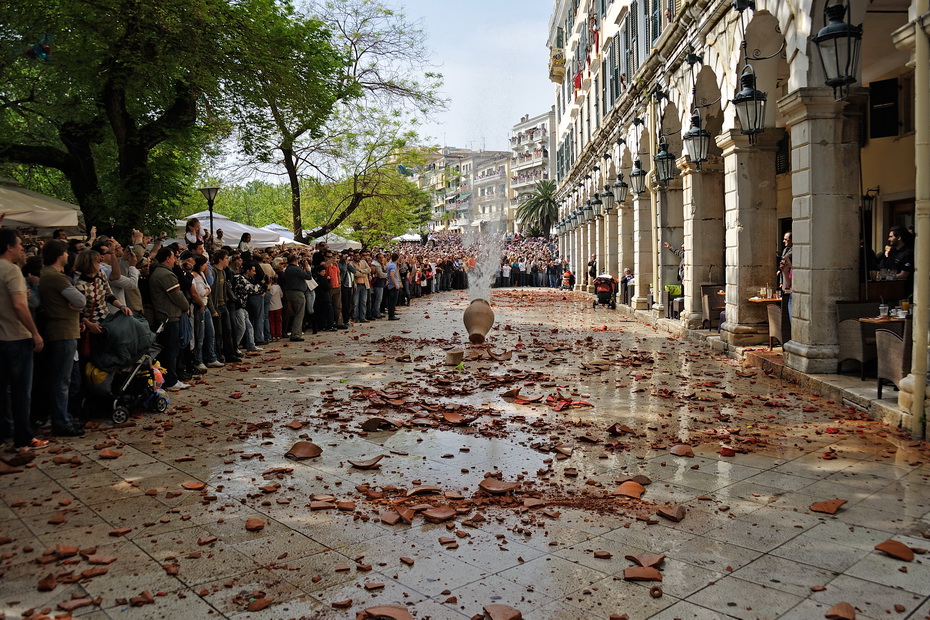 Pedestrians would be wise to watch their heads when walking the streets of the Greek island of Corfu on Holy Saturday! At 12pm on the dot, Corfu residents toss large clay jugs filled with water from their balconies in the center of town, smashing them to pieces in the streets while thousands gather to watch. The thunderous sound of the crashing pots is said to be a symbol of the victory of life over death, and is thought to help ward off evil spirits.

8. Get splashed in Hungary 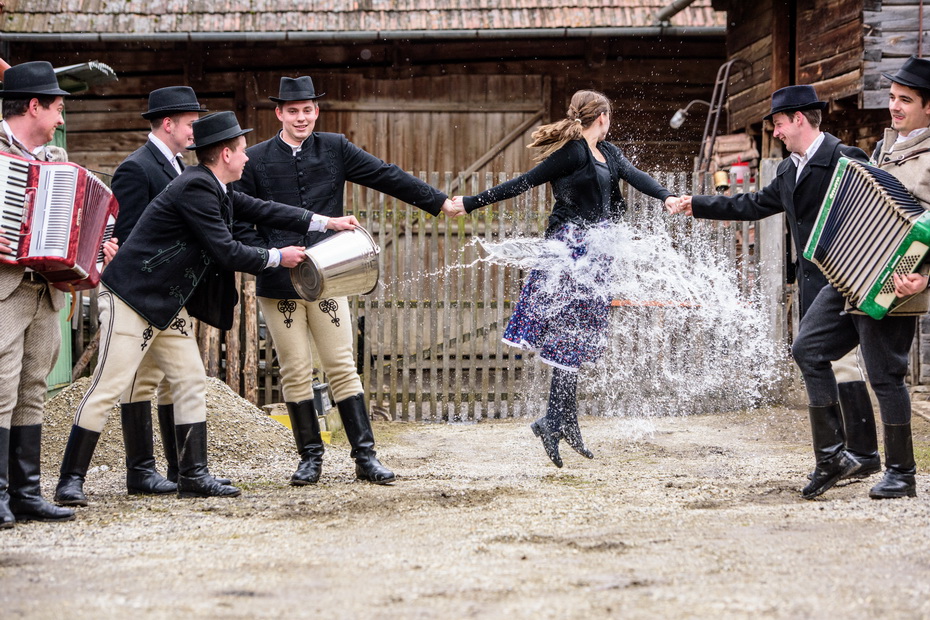 This rather cheeky Hungarian tradition, known as ‘locsolkodás’ or ‘sprinkling,’ has women running for cover on Easter Monday! Traditionally, the ritual involved men dousing young women of marriage age with water, a practice that has ancient pagan roots associated with fertility. Today, the more polite iteration of the tradition involves men and boys reciting poems to women and girls before ‘sprinkling’ them with perfume instead of water.

These peculiar traditions may indeed sound quite strange, but they are all ultimately rooted in the celebration of community and tradition. Easter is a time when families and friends come together and enjoy one another’s company, be it dressing up as an Easter witch or smashing their Easter eggs together. Whatever their customs, the objective is nevertheless the same: spending quality time with loved ones.